Well….recently I was on yet another work jaunt my friends. This time, Belfast! I was running an event over there on a Thursday evening so a bunch of us booked an early flight on Thursday and literally head straight to the pub from the airport. Like, literally, airport to pub. Let’s not waste any time, bitches!

My colleagues who had arrived earlier texted my boss and I to say they’d found an awesome pub called The Crown Liquor Saloon Bar. When we asked the cabbie to take us there, he was like “oh well yeah of COURSE, you’re going to the most famous pub in Ireland!” We were like, huh?! So he then told us the story of this pub which is so cool….

…it was originally called The Railway Tavern, but was renamed in 1885 by a protestant and catholic. The protestant wanted to call it The Crown, and the catholic was like HELL NO (for obvious reasons)…but eventually the catholic dude gave in and was like “look mate, I’ll let you call it The Crown if we can have a gold mosaic Crown on the floor by the entrance, so that whenever I go in our pub, I can wipe my feet on the crown. 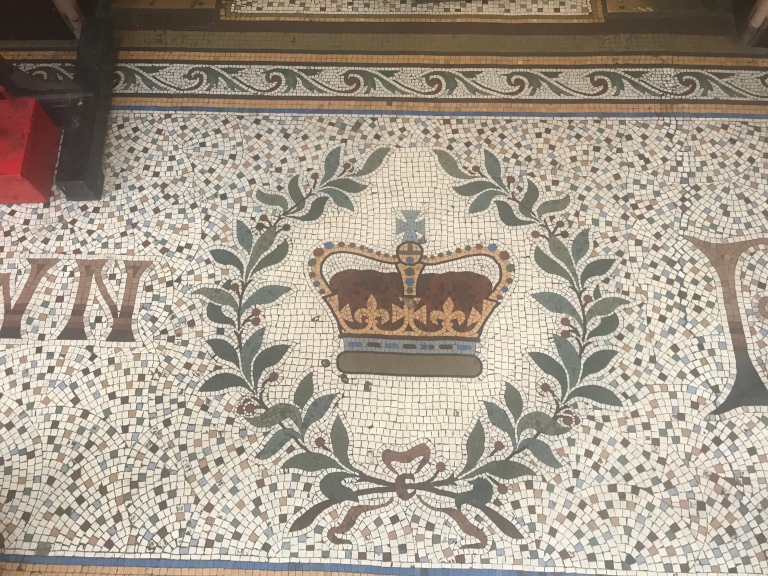 The cabbie said that even now, local Catholics wipe their feet and spit on this mosaic crown whenever they walk in. I love stories like this!

When we got there, I can see why it’s so popular! It is this awesome Victorian pub, owned by the National Trust, with the original stained glass windows and mosaics everywhere, and the original wood-panelled booths that even had doors for privacy. Apparently they were built that way so that the less gregarious Victorians could have a bit of privacy from the hubbub of the main bar. We had beers and nachos and basically, this place is my favourite place ever. 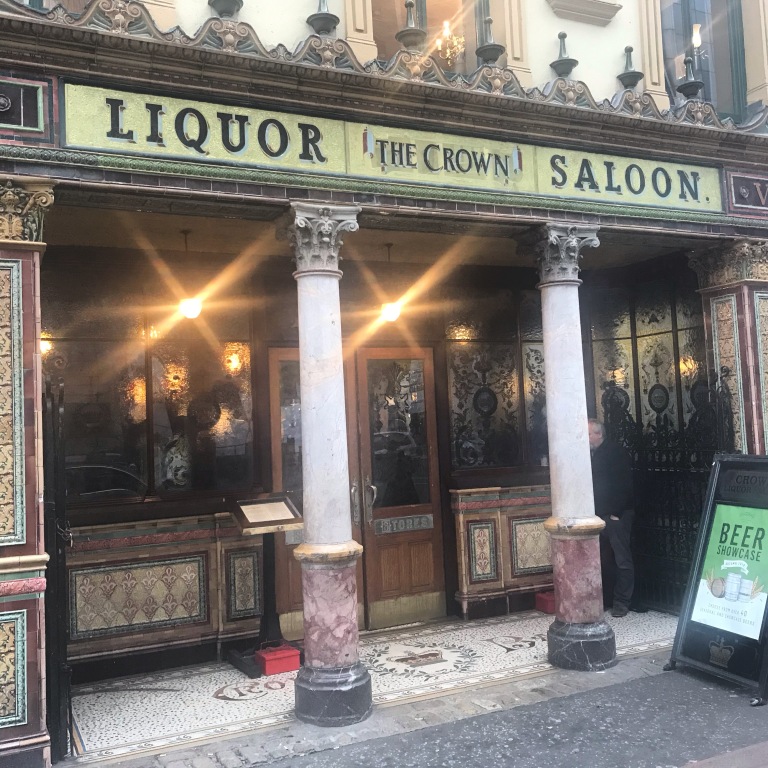 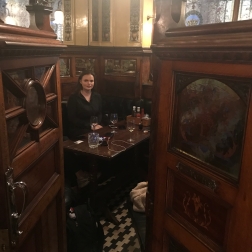 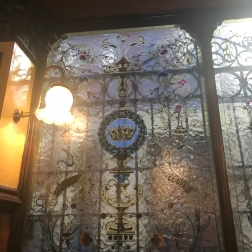 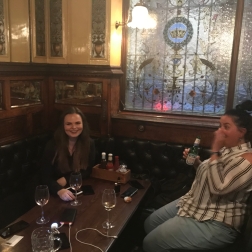 I have neglected to say thus far in my explanation, that this day was my Dad’s birthday. It was a sad day for me…BUT, Dad had always wanted to go to Ireland, so it was totally serendipitous that I was sent there on his birthday. I took his beloved Fulham FC scarf with me and laid it on the table, with a pint, and my ring with his ashes in it. He had finally made it to Ireland, because of me. I felt happy. 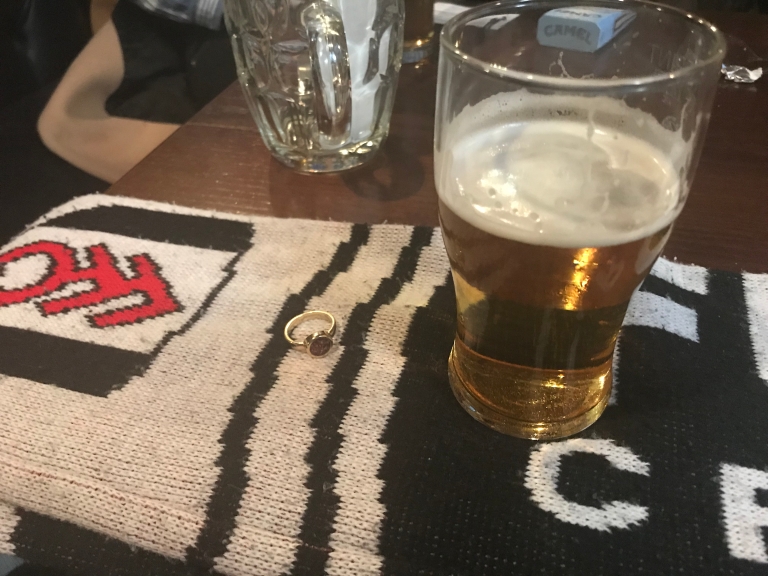 Next up was the event itself, which went well, and it wrapped up about 9pm. So THEN we were like…where do we go for drinks? A different cabbie had recommended a rooftop bar called Perch, so off we went…and this was awesome too! A very scandi vibe, with sofas and blankets and twinkle lights and shit like that. I took ‘Dad’ with me there too…but I’m pretty sure he would have hated it and called it ” a poncey shithole”. We ordered a shedload of wine and just sat there for two hours chatting and laughing. I know my job sucks a lot of the time, but at time like that….I am grateful. 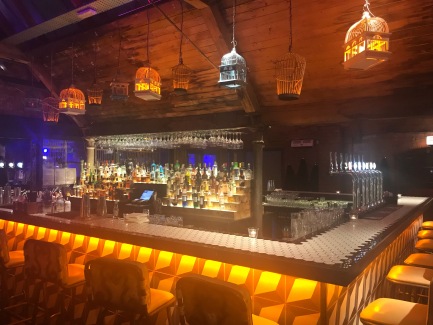 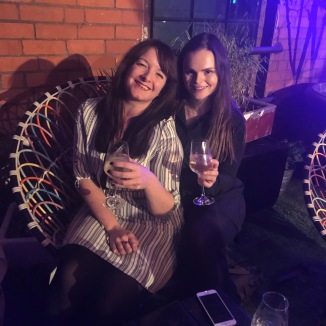 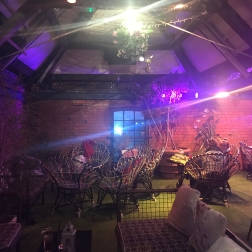 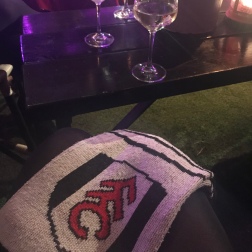 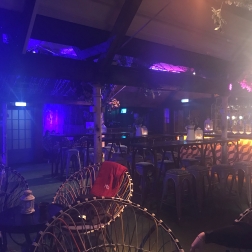 The next day we were due to fly home, but we had craftily booked a late flight so we could spend the day sightseeing. I hasten to add that it was totally my boss’ idea to spend that second day doing no work, and frolicking about Belfast instead…and I wasnt about to complain! We booked on an open top bus city tour, and it was SO MUCH FUN. (And, fecking freezing) 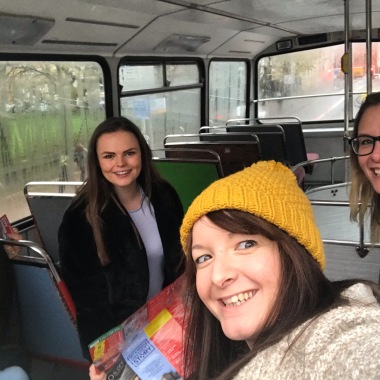 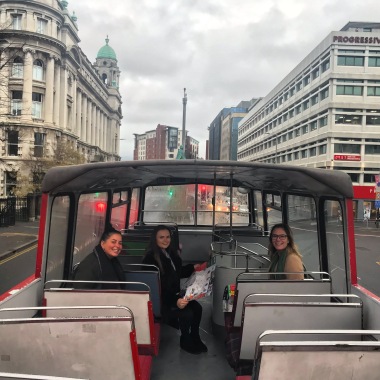 The pinnacle was seeing Belfast Castle, with a view down to the gardens and the loch. So stunning. 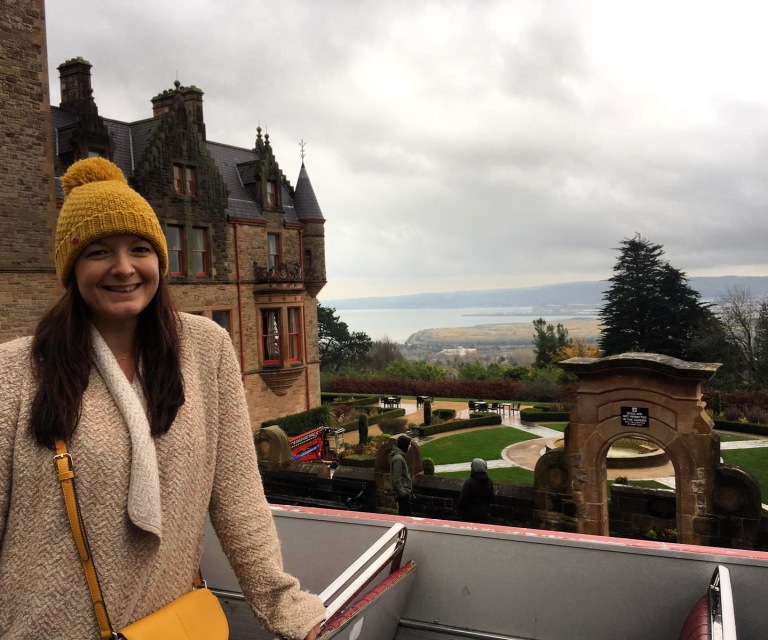 We also saw all of the murals that represented “the struggles” and the peace wall….and basically had a whistle-stop summary of the really grim political history of northern Ireland. 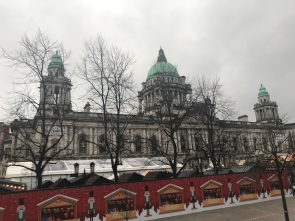 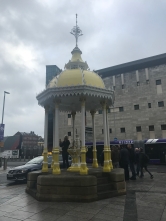 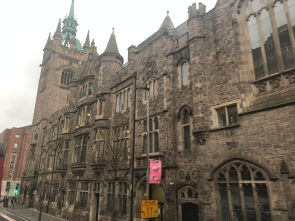 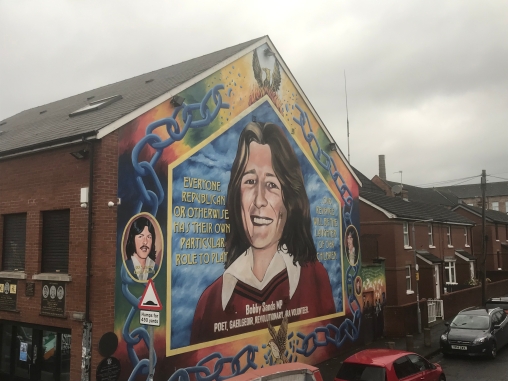 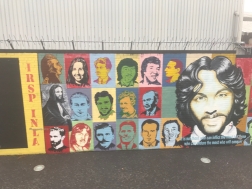 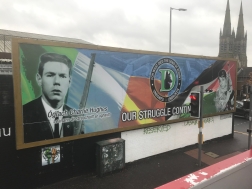 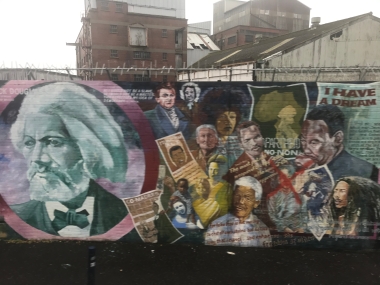 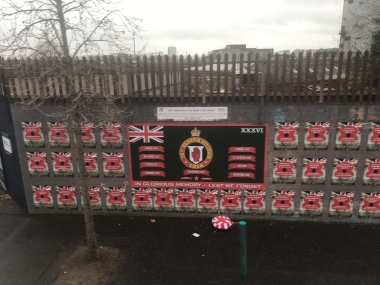 It was time to head home at this point, so we legged it to the airport (we’d spent so long fannying about on that bus tour that we totally lost track of time) and I settled down in my plane seat, content that I’d been able to tick another country off my list…and it didn’t cost me a penny. Now THAT is something my Dad would have been proud of.